Are you ready to move to South Carolina? If yes, you should certainly read this before moving to one of our cities, whether it’s Columbia or Charleston. 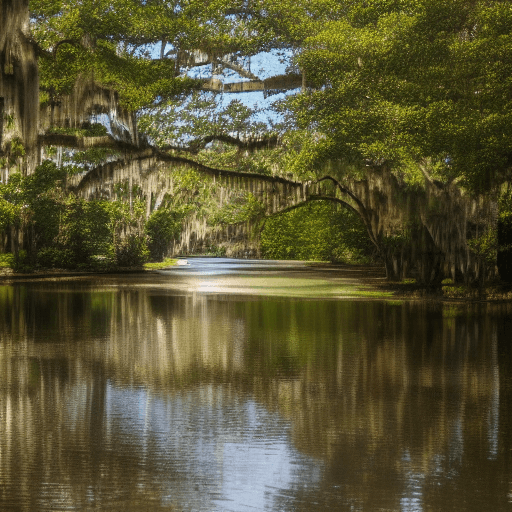 Everything You Need To Know Before Moving to South Carolina

Living in South Carolina has its pros and cons. It’s home to just over 5 million people, so it’s not the smallest. Still, it’s also not overcrowded like many larger states.

There are plenty of things to love about living in SC, from beautiful beaches to local restaurants. But before you pack your bags, ensure you know these crucial facts.

One thing you won’t find too often in South Carolina is snow. The winters are warmer and dry, but South Carolina gets a lot of ice or freezing rain, and it’s obnoxious, really.

Summers are hot and humid, with thunderstorms often in the late afternoon. Summer storms happen less frequently than torrential downpours in Florida, but they definitely exist.

Psst. Speaking of Florida, planning a trip to Legoland? Read everything you need to know about Legoland, including what to pack!

It’s not just the heat in South Carolina but the humidity. It can be tough to deal with, especially if you’re not used to it. Be prepared for your hair to frizz and your makeup to melt off your face.

Or just be like me and don’t wear makeup at all. Boop.

If you’re in a South Carolina coastal town, you may get hurricanes and flooding.

When we lived in Florence, South Carolina, about an hour from Myrtle Beach, Hurricane Matthew wrecked our town severely with tons of flooding and roads being washed away that we were just unprepared for.

Even Columbia was affected, which is in the middle of the state.

South Carolina has long been known as one of the best places to retire, thanks to its low cost of living, beautiful weather, and friendly people. But there are many reasons why retirees choose to relocate here.

One of those reasons is to take advantage of the state’s low property taxes.

According to Investopedia, property taxes in South Carolina are among the lowest in the nation.

South Carolina ranks 20th out of 50 states in terms of the overall cost of living. This includes housing costs, utilities, groceries, transportation, healthcare, taxes, and other expenses. A 2020 report found that the median annual household income in South Carolina is $57,216, which does fall below the national figure of $67,521.

The lower cost of living combined with the lower property taxes makes South Carolina an affordable state in which to live, especially for retirees on a fixed income.

Plenty of things to do

South Carolina offers both locals and tourists a lot in terms of entertainment or destinations. Whether you’re into the arts, outdoors, or history, you’ll find something to do in SC.

Visit Myrtle Beach for fun in the sun, paddle boarding, fishing, and more. (Or if you’re like me and don’t love Myrtle Beach, check out these charming SC coastal towns and all the pros and cons of each!)

You can also stroll down historic Main Street in Charleston and pop into some of their unique shops.

Outdoorsy types will love hiking in Paris Mountain State Park in the upstate.

Golf is big in South Carolina, and it’s not just because of the beautiful scenery and great weather. In fact, many visitors come here specifically to play golf. Not only does golf bring substantial economic benefits to the state, but it also creates jobs. There are over 350 golf courses in South Carolina alone.

Sweet tea is a staple beverage in South Carolina. It really should be considered the state drink of the Palmetto State. Coming from a native South Carolinian, there are specific rules about making sweet tea.

Namely, you gotta use real sugar, and you must serve it over ice. But beyond those basic guidelines, nothing else needs to be done.

If you’re moving from another part of the country, you can also get unsweet tea, but why would you, ya know?

North Carolina barbecue sauce is typically vinegar based, while South Carolina sauce is mustard based.

In South Carolina, you can find barbecue in just about any city you visit.

The people in this state know how to do barbecue justice, and they’ve been doing it for generations. So whether you want to try traditional Southern barbecue or something else entirely, South Carolina has got you covered.

Racism is still rampant in many cities

South Carolina is experiencing rapid change and growth, but that doesn’t mean racism is no longer a problem in the state.

Many Confederate monuments and symbols are still present throughout South Carolina, which can be offensive and hurtful.

A cruise down one of our major interstates in the country may also have huge rebel flags flying.

One thing to remember about South Carolina is that it is changing and progressing, but old habits die hard. It is on its way to being more diversified when it comes to both its people and economy. However, it’s still a very red state, and many close-minded areas and cities exist.

If you want to move to SC, you just need to find like-minded people who have their neighbor’s best interest in mind.

The coast is gorgeous

South Carolina is known for its beautiful beaches. From Myrtle Beach to Hilton Head Island, there are plenty of places where visitors can enjoy the water and relax.

But did you know that it’s also home to some delicious seafood? In fact, the state boasts nearly 200 miles of coastline along the Atlantic Ocean, and many of those spots offer great food options. I broke down the pros and cons of South Carolina coastal towns here if you want to know which one I like most and least.

When you live here, I am pretty sure you have to pledge allegiance to Clemson or Carolina on your birth certificate.

I’m kidding, but only kinda.

The rivalry between the South Carolina and Clemson teams dates back to 1896. Nowadays, the rivalry is almost as big as the games themselves.

The rivalry is still a significant part of Gamecock and Tiger culture today. Fans travel from far and wide to watch the rivalry. The game is always played in front of huge crowds, and the tailgating is even bigger than the game day experience.

Where we live, which is right outside of Charlotte, NC, in Rock Hill, there have been tons of high school athletes who have become college athletes and then even gone into the pros.

The love of football starts very young and carries into young adulthood.

If you’re considering moving, it’s essential to know living in South Carolina pros and cons. From its delicious barbecue to its beautiful beaches, South Carolina has a lot to offer residents and visitors alike.

If you can accept these things and find your tribe of like-minded people, then SC may be the perfect place for you!