Making the cut in the Pottery Barn 2022 line up as a favorite neutral, learn how Sherwin Williams Snowbound (SW 7004) is a great white paint color that can be used as a backdrop for any modern space 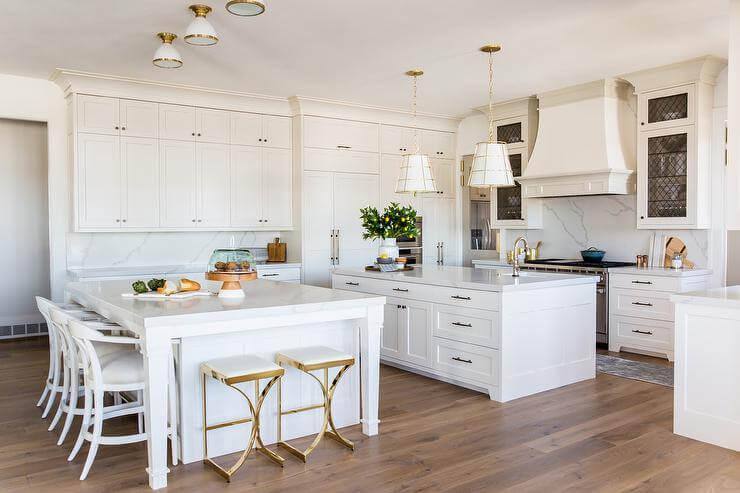 It’s not that Pottery Barn colors are always going to work for your home, but when these paint colors show up in the newest catalog, it means people will begin to see them with fresh eyes.

Sherwin Williams Alabaster, a color we have in most rooms in our own home, made the cut but today I wanted to dive into another great neutral paint color – Sherwin Williams Snowbound.

What Color is Sherwin Williams Snowbound?

Snowbound (SW 7004) is a warm white paint color, but depending on lighting in your home this is a color with very heavy undertones which we will explore as we go in this post.

I took this photo of the color in the Sherwin Williams paint fan deck on a white sheet of poster board so that hopefully it makes it easier to see undertones, but of course computer screens and digital cameras are never going to beat seeing it with your own eyes and on your own walls.

You definitely will want to see this on your walls in your specific space and if you don’t want to paint a sample on your wall, this would be the perfect time to try Samplize.

They offer giant peel and stick samples of paint swatches you can add to your wall so you can spend a little bit of money once instead of a lot of money on multiple samples.

You can try Samplize here if you’re looking at any paint colors from Sherwin Williams, PPG, Benjamin Moore or Farrow & Ball.

What Undertones Does Sherwin Williams Snowbound Have?

This is where this color gets its reputation – call it good or bad. The choice is yours.

In the paint deck fan and in samples, the color reads warm with taupe or beige undertones.

However, there have also been instances in which I have seen this color look slightly green, slightly gray, and even a hint of pink or purple. Transparently, this is definitely one of the more trickier paint colors I’ve studied.

Snowbound has an LRV of 83. Anything that is above 80 is considered a “white” paint color, regardless of undertones which means Snowbound just made the cut.

The LRV, or Light Reflectance Value, of a paint color is on a sliding scale of 1 to 100.

The closer a color is to 0, the closer it is to black which means it won’t reflect light well or at all.

The close a color is to 100, the closer it is to white which means it will reflect light very well.

I made this (super non professional) graphic to hopefully help you understand if you’re more of a visual learner.

Sherwin Williams always provides its picks for coordinating colors with their paint colors.

In this case, Sherwin Williams said Colonnade Gray and Autumn Orchid. While those are great colors, I always like to take a look at the paint deck fan and choose some other options.

In this instance, 2 of these colors I chose are actually in our own home.

We have used this color in our playroom which actually sits right outside our office.

Sea Salt and Snowbound together would make for a spa-like, yet modern space.

I wouldn’t consider Iron Ore a true black, but with its super deep hue, I feel that using Iron Ore can help Snowbound appear with less subtle undertones.

Sherwin Williams Evergreen Fog is a gorgeous green color that has taupe undertones. Snowbound in the same room as Evergreen Fog would make a very warm, cozy room with a natural boho vibe. I think it would look amazing, especially since Snowbound has those same taupe/beige undertones.

Alabaster is much more of a versatile color in any light setting.

Sherwin Williams Pure White is directly above Alabaster on the paint deck fan which means it’s going to share some of the same great qualities as Alabaster (namely, its versatility) with just less pigment.

*Sources for each image are linked under the photo. For more information on the space, visit the provided link.

Notice how in this bedroom the color shows really taupe, yet almost a pale blush tone because of the decor and the furniture in here.

Is Sherwin Williams Snowbound Too White for Exterior of Homes?

Because Snowbound isn’t a super bright white, it is a perfect color for an exterior.

You can see in this stunning custom home, the part of the photo with the porch has more light hitting it and looks brighter, but not too painfully bright. It also looks perfect with the green shade on the front of the home.

Because of its finicky and shifting undertones, choosing a trim to go with Snowbound means that you need it to be a super crisp white.

There are some white colors that also work as a trim color, but Snowbound is not one of those shades.

In our own home, all of our trim is Sherwin Williams Extra White. Extra White is also the color of our upper kitchen cabinets as well. This white is a very bright white, but doesn’t feel too cool or sterile.

If you’re going to use a white trim with Sherwin Williams Snowbound, you definitely need a bright, very white color so that your walls don’t end up looking dingy or dirty.

Snowbound Equivalents In Other Popular Brands

Color matching paint colors, especially when you cross brands are never going to be exact. Each brand has its own special nuanced formulas for creating colors.

The closest Behr equivalent to Snowbound is Diamonds Therapy. This has a little more pigment than Snowbound and doesn’t seem to have the same tricky undertones so this may be a great option to try if Behr is more accessible in your area.

Although I don’t think that Sherwin Williams Snowbound is the most versatile white out there, it is still a beautiful, neutral white that can work in many situations, including the exterior of your home.